The President of the Military Historical Society of Massachusetts, in accordance with our society bylaws, requests the pleasure of your company at our annual member meeting.

Please RSVP Event reservations will be accepted until 1700 on Friday, October 15, 2021

Parking: There is ample free parking at the Waltham Ruth’s Chris Restaurant and the facility is fully handicapped accessible.

Meals Note: All meals include a Steak House Salad, choice of entrée, dessert along with tea & coffee service. Entrée options will be provided at Ruth’s Chris Steakhouse and will feature à la carte menu of selections including Ruth’s Chris Prime steak and choice of sides. Ruth’s Chris staff will also note any dietary restrictions upon time of ordering. 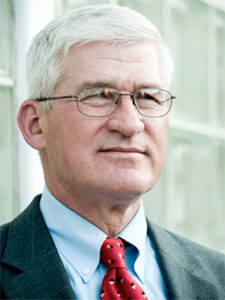 A graduate of the U.S. Military Academy, Bacevich received a PhD in American Diplomatic History from Princeton University. Before coming to Boston University, he taught at West Point and Johns Hopkins.

Bacevich is the author of America’s War for the Greater Middle East: A Military History (2016) and Breach of Trust: How Americans Failed Their Soldiers and Their Country (2013). In addition to writing multiple books, his essays and reviews have appeared in publications including The Wilson Quarterly, The National Interest, Foreign Affairs, The Nation, and the New Republic. His op-eds have appeared in many national newspapers.

In 2004, Dr. Bacevich was a Berlin Prize Fellow at the American Academy in Berlin. He has also held fellowships at the Paul H. Nitze School of Advanced International Studies, the John F. Kennedy School of Government, and the Council on Foreign Relations. His areas of expertise include American Diplomatic and Military History, U.S. Foreign Policy, and Security Studies.